You know those thoughts that fly at you trying to convince you to drink or telling you you’re a boring sober loser? Those really unhelpful and destructive thoughts? 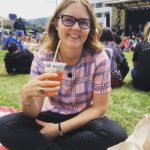 Controlling your own thinking is a big part of getting sober I reckon. Especially early on.

Now if I ever have a sad pang (it does still happen but only very occasionally) I swat the thought away quickly like it’s an annoying buzzing insect.

SLAP!! Out of my brain. Piss off. Gone. I am not going to let that little sad pang turn into a wall of words bringing me down and making me feel worse. Push it out.

If I did entertain that thought, if I did let it sit there and fester, it would probably go like this….

“It’s such a bummer that I can’t drink at the party on Saturday night like everyone else will be. They’ll all be having so much fun. I’m going to be boring and feel left out. Everyone will think I’m a loser. I am a loser. I’ll probably get harassed for not drinking. I’ll be so embarrassed and uncomfortable. It’s going to be hell. God why am I doing this. Everyone drinks alcohol, why the hell am I trying to go against the grain? Maybe I should just drink and then I won’t feel like such a boring sober loser…. etc….. etc…..etc”

It’s all bullshit of course. No-one cares if I drink or not (or if they do it’s about them not me). I am not a boring sober loser. I can have a great time not drinking at a party if I choose to. Often worrying in advance about being sober at a party is way worse than the reality.

It’s our thinking we need to control. Think about what you are thinking about. Be aware of what you are spending time mulling over. Try to consciously recognise how much mental time and energy you are devoting to thinking sad, negative thoughts about not drinking. Try super-hard to NOT spend a lot of time going over those destructive thoughts. It takes practice but the brain is like a muscle and the more you practice not mulling over pangs the better you will get at it.

Imagine you’re at the sink doing the dishes, or standing in the shower.. and in comes a sad thought about not drinking… “I wish I could just have a drink tonight, I deserve it after the long hard week I’ve had…” recognize that shitty thought has come and push it away! Think about silly stuff instead – “gosh look at the way the soap bubbles over my hand, wow how about that rain the garden sure needs it, golly isn’t this glass dirty I better clean it, hey maybe I should buy myself some lovely ice-cream later today, can’t wait to get back into that Netflix show… yadda yadda yadda la la la la la la not concentrating on you stupid dumb thought about booze!!!!!!!!!!!!”

How It All Changed

I think one of my techniques right from day one was to try to not allow negative thoughts about being a non-drinker to dominate my brain. It is bloody hard at first because every fibre of your being is freaking out about alcohol being taken away.. .but work your brain.

It is your brain, you control it.

And it’s a fact. The longer you resist entertaining those sad woe-is-me thoughts, the less they fly at you. They get less frequent, they get weaker. And eventually they become as rare as hens teeth.

Good thing too… they have no place in a life methinks.

Lotta Dann drank alcohol heavily from the age of 15 to the age of 39. She wrote her way sober with the help of an anonymous blog called ‘Mrs. D Is Going Without’, which started out small but slowly turned into something incredibly large and powerful.

Her memoir ‘Mrs. D Is Going Without‘ was published 3 years after she stopped drinking. Now happily sober, Lotta spends her days parenting and running a busy household, promoting recovery through her blogs and social media accounts, and managing the Living Sober website. She lives in Wellington, New Zealand with her husband, three sons and a labrador. Lotta’s new book ‘Mrs. D Is Going Within’ came out in June last year. It charts how she developed nourishing and powerful habits to rebuild herself as a calm, grounded and emotionally robust individual after a life-time of drinking. 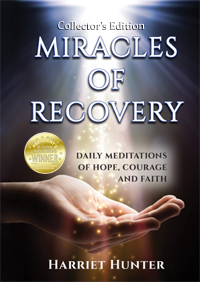