“There are two kinds of pride, both good and bad. ‘Good pride’ represents our dignity and self-respect. ‘Bad pride’ is the deadly sin of superiority that reeks of conceit and arrogance.–John C. Maxwell

Pride paints a rose-colored picture through designer lenses called “denial,” hoping to deflect any wrongdoing. Growing up as a child of angry, hostile, and alcoholic parents, self-centered pride was secondary to breathing.  I lived to escape one critical situation after another, and the way I did that was to take a lead in arrogance and blame someone else for my own indiscretions. It was comfortable living in denial with the typical response of, “It wasn’t MY Fault…” It was a disguise of lies.

WHAT ARE ACTIONS WE CAN DO TO OVERCOME SELF-CENTERED PRIDE?

Stop denying. Anytime we deny our truth, we hurt ourselves. Denial sends the message that either we are not strong enough to find or to face our truth, or we feel we are not deserving to stand up for our self which is our truth.

Share our truth with others so that everyone can hear in a non-threatening yet honest way.

Admit our mistakes to others. Yes, we all make mistakes, and thank goodness. If we never made mistakes, not only would we be in denial, but self-centered pride would continue to keep us stuck, wearing the garb that protects the world from seeing we were not perfect. Ego would suffocate any chance of our own candidness.

Give Credit where Credit is Deserved. That’s right. When we were locked into the guise of pride, we would never think of deferring to others and saluting their success.

Why? We wanted all the glory for ourselves! We handled it all, didn’t we?

It’s interesting how that worked. When the show appeared as planned, we stood up, took a bow, and took credit for every aspect of the work. But when the show plummeted, we turned to whoever was around us and spouted that it was someone else’s fault things failed!

Practice Active Listening. There is so much communication on any day whirling around us, we take for granted, presume we are listening when, in reality, we already know how we want to respond, what it is we need to say, and how we need to say it. It is as if we’ve cut the person off before they even finish their sentence.

Get Rid of False Beliefs: When we do not give ourselves sufficient nurturing, it is impossible for us to see the baggage we still carry around inside us, called false beliefs. We grew up with them. Who knows where they came from, parents, teachers, friends. Some false beliefs are:

I’ve been doing it this way for years:

I don’t need any help. I can handle it myself;

If it’s not broke, don’t fix it

Emotions are for sissies. You don’t need to see mine.

No one has ever complained before now!

They’ll never get rid of me, they need me too much;

Pride is confidence. It is easy to see then how too much pride, as it becomes boastful, sounds like arrogance. Arrogance is insecurity wrapped up to appear to be pride.

Prideful individuals are aware of other people’s ability and are often sensitive to their successes.

Arrogant people come from a place of strong indifference, are boastful and need to be heard with little concern for their choice of words.

Proud people believe in the adage that hard work is worth the wait for success, while arrogant people expect everything to be handed to them.

Proud people understand their core values and sense of self. People of considered arrogance see themselves as better-than, even when and if they are not.

Arrogant People often do these gestures and more:

When we acknowledge to ourselves we are self-centered to the max, so arrogant that we close off our thinking from reaching the sunlight of the Spirit. What then, is our solution?

The solution is humility: prayer, meditation, and the promise of a closer relationship with our Higher Power. Step Eleven, taken from the 12 Steps of Alcoholics Anonymous, is the step we used to become right-sized and to recalibrate an over-exaggerated ego.

Here we speak with our Higher Power and work collaboratively to become the person we most want to be, all the while striving to rid ourselves of self-centered pride. If we don’t know what that is, then we ask in prayer. The answers are already within us. We strive to: 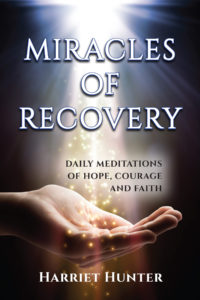